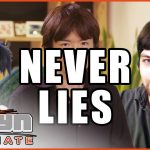 Your weekly weekend podcasting source recaps the biggest news in anticipation of Super Smash Bros. Ultimate – Youko returns with Super, TonyTH, and guest Matt Zawodniak to discuss the latest Sakurai Famitsu column about the Direct, Square-Enix and Dante character rumors, a music update taken from a mobile game, Togedemaru rounds up this week’s Smash Blog updates, and three questions about music, such as what songs we would most like to see in the game

(1:02:43) MAILTIME
• (1:03:12) Phantomstar64: “What are your Top 5 favorite Smash Bros. tracks, from any of the past games?”
• (1:10:36) RubberCyborg: “I know many gamers, including myself, love the music in our favorite games. It is a large part of what makes them so memorable. Out of all the franchises in Smash Ultimate announced so far, what are 2 or 3 of your most wanted songs for the game? Personally, I am really going to die if something from Tropical Freeze is not in. Maybe Deep Keep. I would also really love Inkoming from Splatoon 2 and also maybe Oblivia – Day theme from Xenoblade X.”
• (1:16:54) Itsabughuntman: “Almost as sad as not having a fighter, it stinks when certain games don’t have any music representation. With over 800 tracks this time, which currently unrepresented series do you want to see? I’d love to see some remixes of Chibi-Robo tunes.” 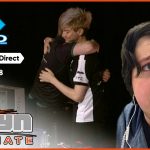 Your weekly weekend podcasting source recaps the biggest news in anticipation of Super Smash Bros. Ultimate – Youko returns with Super and our guest Alex O’Neill from Irrational Passions to discuss the breaking news of EVO 2018 Melee Finals and a Smash Bros. Direct announcement, how Smash Bros. Ultimate and Wii U were presented at EVO, a Generation VII Pokémon representative rumor, Jigglypuff and Wario bring the humor in their screenshots, Lylat Cruise rounds up this week’s Smash Blog updates, and questions from Max Roberts and Phantomstar64 about how stage selection should be arranged and our favorite amiibo