You know him as the announcer in Super Smash Bros. for Wii U and 3DS – voice actor Xander Mobus joins us for an insightful half-hour chat! What was it like to record all of those lines for the latest Smash Bros. game? How difficult was it to properly pronounce “Duck Hunt”? Was Masahiro Sakurai in the recording studio for direction? What was the process like for recording the Super Smash Bros. for Wii U 50-Fact Extravaganza? Youko, Solharath, Eevee, and CyberLink420 leave no stone unturned in this discussion with the man behind the voice that Smash fans now know well!

VOTE FOR FINALISTS starting November 24 in the SMYN Game of the Year Awards! 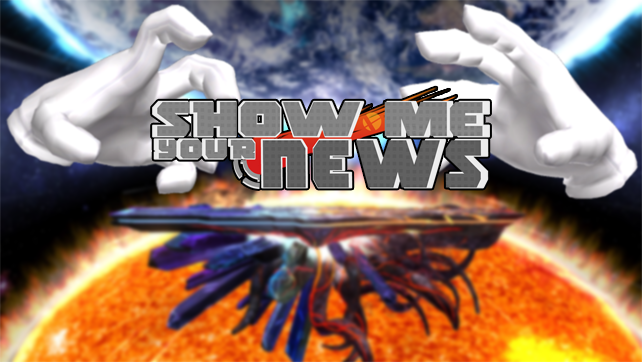 -OUTLINE-
– Are you a big Smash Bros. fan?
– How did you get into voice-over?
– How did you get the Smash Bros. job, and how long ago did you record your lines?
– When they were directing you, were you specifically asked to voice-match the previous announcer?
– What was it like to be under a Non-Disclosure Agreement, while you were aware of the massive knowledge that was the Super Smash Bros. playable roster?
– How did you react to the first time you saw you had to read the name “Duck Hunt”?
– Is there a story behind the pronunciation of “Bowser Jr.”?
– How much free reign/ad-libbing did you have/get to do with the embellishments on the different phrases in the 50-Fact Extravaganza?
– How long did it take to record the 50-Fact Extravaganza? Like, did you knock that out in a single session, or did it take a few days?
– Have you gotten to spend much time with Smash 3DS/Wii U? Who’s your main character?
– If you were given the chance to voice any character in any medium, who would it be?
– What advice can you offer to those looking to get into voice-over?
– Feel free to say nothing about it, but is Nintendo still using your voice?
– Any other projects you have coming up that you can talk about?