With E3 2014 less than a week away and after re-watching last year’s press conferences (mostly to get them off my DVR), let’s recap the claims that were made by each of the Big Three companies (plus EA and Ubisoft) and see how they did almost one year later! Five conferences will be reviewed for not their content quality, but the truthfulness of the claims that were made, between now and Episode 160 of SMYN. Up first is MICROSOFT at E3 2013, after the break! 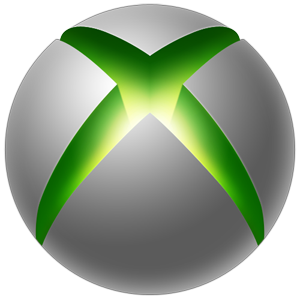 CLAIM: Metal Gear Solid V will be coming to Xbox One.
RESULT: To be determined. The prequel – Ground Zeroes – made it to Xbox One, but since Kojima was on stage to talk about The Phantom Pain – which has not been released yet – we can’t make a definitive call on this yet.

CLAIM: An updated Xbox 360 that is smaller, sleeker, quieter, and based on the look of the Xbox One is out the day of the conference.
RESULT: True. This was known as the the E model, which replaced the slim S model. It was available immediately.

CLAIM: World of Tanks will come to Xbox 360 in Summer 2013 and will be free to play.
RESULT: Shaky! Only those with keys were able to play the beta of the game starting on August 7, 2013. The beta closed in January 2014, data was reset, and the game was officially released on February 12, 2014.

CLAIM: Ryse: Son of Rome will be exclusively on Xbox One at the system’s launch.
RESULT: True. The game was a launch title on November 22, 2013 and has remained exclusive.

CLAIM: Killer Instinct will be exclusively on Xbox One and will be released in 2013.
RESULT: True. The game was a launch title on November 22, 2013 and has remained exclusive.

CLAIM: Smartglass, Game DVR, and Twitch.TV capability will all be included in Xbox One.
RESULT: Shaky! The Twitch functionality on Xbox One didn’t make it at launch and players had to wait until March 2014 to broadcast their games.

CLAIM: Xbox Live changes for Xbox One include the shift from Microsoft points to real currency, an increase of the 100 friend limit, and Gold Sharing across users of the same console.
RESULT: True. Unlike a lot of the Xbox Live claims made outside of the conference, this was stayed the same.

CLAIM: Battlefield 4 will have its “Second Assault” DLC exclusively first on Xbox One.
RESULT: True. It was available at the Xbox One’s launch, then later for other platforms in February 2014.

CLAIM: Black Tusk Studios (Vancouver) is developing a brand new, AAA exclusive game for Xbox One, which features a heist taking place on a tall building.
RESULT: WRONG! The game was rumored to be called Shangheist, but it was scrapped, as Black Tusk is now in charge of making the next Gears of War game for Xbox One.

CLAIM: A new Halo game will be coming to Xbox One in 2014.
RESULT: WRONG! Halo 5: Guardians was delayed until 2015. You should probably expect Halo 2 Anniversary, among other remade games for Xbox One for 2014, though.

CLAIM: A live-action Halo TV series is being developed by Steven Spielberg.
RESULT: To be determined. The only word on this project so far is that it may air on U.S. premium cable channel Showtime.

Microsoft had a good conference, when it came to presenting a lot of brand new games for the first time. When it came to making claims? Not so much! Out of the claims made, it was almost a tossup between truth versus some fabrication of the truth. On top of that, look at all the games in that “Additional Topics” section. Nothing was claimed about these, besides essentially “this exists.” Out of those 11 topics, only four of these games have had their final retail version released. This knocks the overall, disappointing grade down an additional peg. It’s strange to look back on this conference, considering how optimistic the industry seems to be about Microsoft’s show this year. With Phil Spencer at the helm, Microsoft seems to realize that this format worked well for a conference. They just need to do better this year in following these visions through.

What would you give Microsoft?