With E3 2014 less than a week away and after re-watching last year’s press conferences (mostly to get them off my DVR), let’s recap the claims that were made by each of the Big Three companies (plus EA and Ubisoft) and see how they did almost one year later! Five conferences will be reviewed for not their content quality, but the truthfulness of the claims that were made, between now and Episode 160 of SMYN. Up next is EA at E3 2013, after the break! 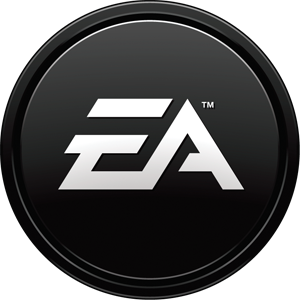 CLAIM: Plants vs Zombies: Garden Warfare will be released first to Xbox One, then Xbox 360.
RESULT: True. Though, technically both versions were released on the same day – February 25, 2014. It did keep its Xbox exclusivity for a few months, though.

CLAIM: Need for Speed will have a Hollywood movie released in Spring 2014.
RESULT: True. It was released on March 14, 2014 and was generally panned by critics.

CLAIM: Dragon Age: Inquisition will be released in Fall 2014.
RESULT: To be determined. The game appears to be on track, with a October 7, 2014 release date.

CLAIM: NBA Live 14 will be released in Fall 2013.
RESULT: True. The game was released on November 19, 2013 for Xbox One and PlayStation 4, though it easily lost market share to a superior NBA 2K14.

CLAIM: FIFA 14 will be released in Fall 2013.
RESULT: True. The game was released on September 24, 2014 for multiple platforms and it made the launch lineups for both Xbox One and PlayStation 4.

CLAIM: A sequel to Mirror’s Edge will be released “when it’s ready.”
RESULT: To be determined. We still have yet to hear more about this game.

EA never covers too much at their conference, but this was a solid showing of content last year. Most considered this the next best conference, behind Sony’s juggernaut showing. The topics that were still to be determined were not a fault of the company’s. In fact, their claims on Dragon Age: Inquisition and the Mirror’s Edge sequel are still accurate and it just shows the long-range scope of what EA revealed in 2013. The only blemish is the slip of the release of UFC, but this is being remedied shortly after this year’s E3. Speaking of this year’s show, the company is on record claiming they will reveal six new games. It should make this year’s conference and remarks extra exciting. It will be tough to beat their claim accuracy from last year, though!

What would you give EA?